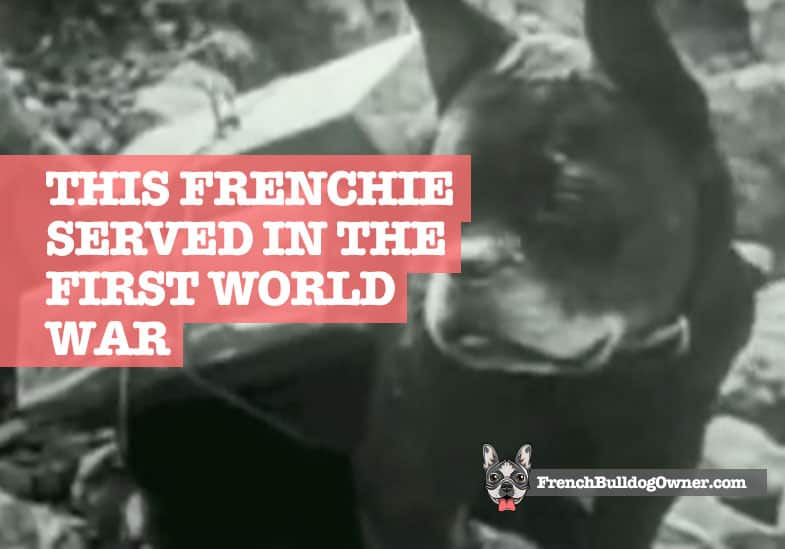 Frenchies are renowned for being very faithful companions. If you own one, you will know how eager they are to please! But they aren’t really known to be good service dogs despite this particular characteristic of theirs.

However, I recently stumbled across some information that actually puts that statement into question; it turns out there was a French Bulldog who actually served in the First World War!

You can see some footage of this French Bulldog in the First World War in the YouTube video below.

Mutt the French Bulldog in the First World War

As there’s no audio or real context of what’s happening in this video, but by all accounts, this was Mutt. He was a wartime Frenchie owned by the YMCA. It would be his job deliver cigarettes to members of the US Army’s 11th Engineers.

When he arrived in the trenches, not only would the soldiers be able to take a well-deserved cigarette break, but Mutt would also raise their spirits and be a short-term therapy dog.

Dogs were frequently used in World War 1 for a variety of purposes in battle, including:

You can read more about the role of dogs in World War on the BBC website.

According to reports, Mutt was injured a couple of times during the war but wasn’t hurt sufficiently to stop him providing cigarettes to the front-line troops.

What happened to Mutt the Frenchie after World War 1?

According to historians, many of the service dogs used in the First World War were left behind when the troops retreated, or when the war ended.

You will be pleased to hear that Mutt the French Bulldog of World War 1 was one of the lucky ones. His soldier owners decided he had served his country and deserved to be brought home for retirement.

To get him back to the United States, he was smuggled on board a boat. He was found at one point and was threatened with being thrown overboard… but thankfully the threat wasn’t carried out and he had safe passage back to American shores.

Once back in New York, Mutt lived his days out before dying of natural causes some years later.

You can read more about Mutt and other dogs who served in the war in the excellent book War Dogs: History Loyalty Heroism on Amazon by M. Lemish.

It’s fair to say the Mutt the Frenchie brought a lot of joy and much needed respite to the brave soldiers of what’s been called one of the worst wars in history. You can imagine how his loveable nature and cigarette delivery would have given some brightness to what was an otherwise horrific time in history. 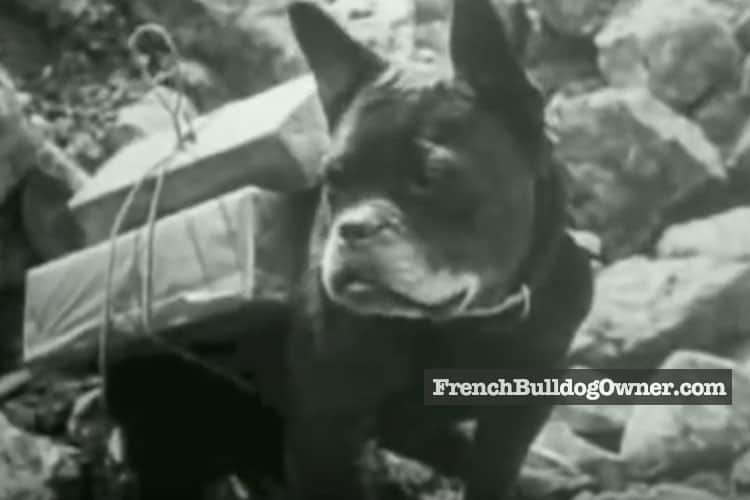 Other French Bulldogs from history

Many people think of French Bulldogs as being a fairly recent phenomenon, but the truth is this amazing breed has been around for longer than you might think.

In fact, there are a few instances where Frenchies have been present in huge historical moments… for example, there was even a French Bulldog on the Titanic!

French Bulldogs are faithful and loving companions, so it’s no surprise to hear about Mutt’s exploits during World War 1. As far as I know, this is the only reported example of a Frenchie during a war, so if you do know of anymore please do leave a comment or get in touch via my social media channels.

Credit: I originally found this information out on the excellent Oui Oui French Bulldog website from Australia. Go check them out if you need dog boarding facilities in that part of the world.