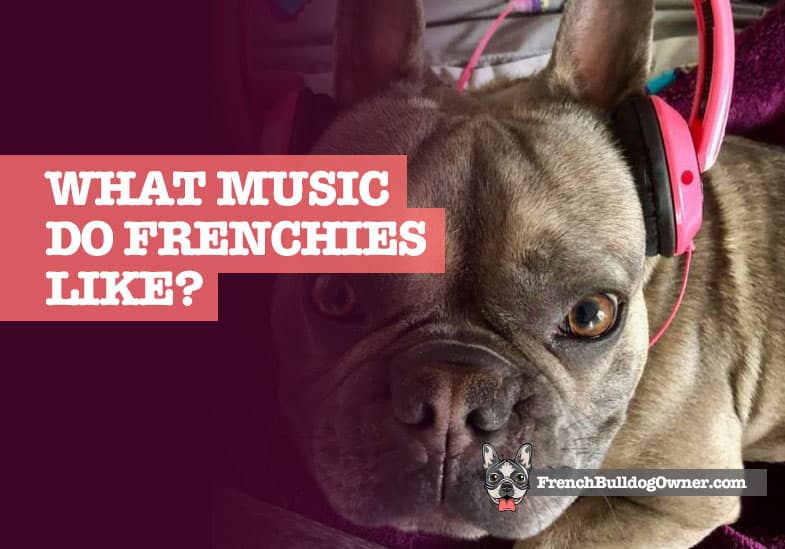 Frenchies love hanging out with their owners. That means they have to put up with what we like. For example, I take Claude to the office every day and have music on constant rotation. He also has to put up with my tune selection on the way back home in the car too… so, whether he likes it or not, our Frenchie has to listen to music a lot.

If we’re popping out for an hour, we also set-up our Spotify playlists through an Alexa device so Claude has some music to listen to when we’re out.

Whilst I can’t say for sure whether our French Bulldog likes music, it does mean that he has something to listen to, rather than sitting in silence. That’s got to be better than nothing right?

But is it a good thing in reality? I been thinking a lot recently about whether dogs even like music. And more specifically, if they do, what music do French Bulldogs like?

I decided to look into it a bit more to see what science says about the matter… I also created a playlist of tunes you can use to calm down your French Bulldog.

Apparently, dogs do like music and it can actually act as a calming measure. That immediately means some of the music I play to Claude could be not the best… (think hard house and grunge rock).

There was some research conducted by the Scottish Society for the Prevention of Cruelty to Animals (SPCA) into dogs and music. They played 6 hours’ worth of music, comprising 5 different genres to some shelter dogs to record their responses.

The measurements the SPCA made were into the dog’s heart rate, cortisol and stress levels… and what they found was really interesting. 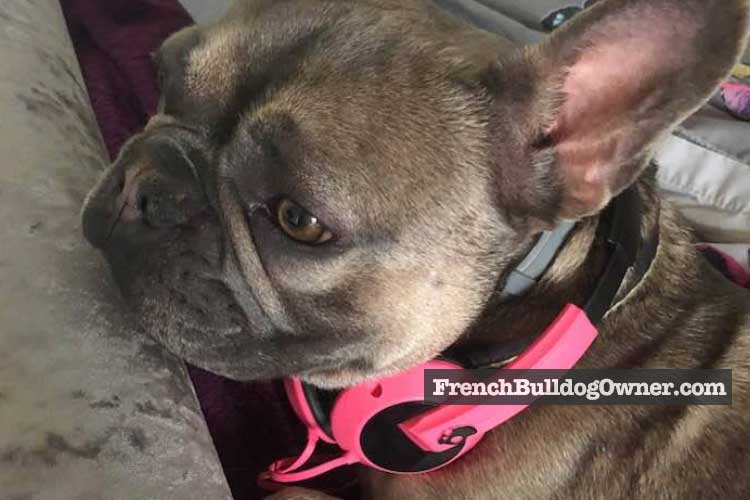 After the results were processed, dogs appeared to like reggae music the best. It made them calmer than other music genres, whereas Motown music raised their stress levels the highest.

Here’s what a spokesperson said:

“Overall, the response to different genres was mixed highlighting the possibility that like humans, our canine friends have their own individual music preferences. That being said, reggae music and soft rock showed the highest positive changes in behavior.”

There were also studies performed by other organisations that showed dogs liked classical music. However, the SPCA’s research found that whilst it did calm their dogs, after prolonged exposure to classical, they became restless.

In another study referenced on the American Kennel Club website, they found the type of music dog listen to can also elicit different responses. Here’s a quote:

“The dogs listening to pop music showed did not seem to have any type of reaction. The heavy-metal tunes prompted barking and agitation, and the classical music seemed to have a calming effect. It is well established that music can influence our moods; classical music, for example, can help to reduce levels of stress, whilst grunge music can promote hostility, sadness, tension, and fatigue.”

Based on that, I might want to stop playing my Nirvana and Pearl Jam in the office, as it seems this could make Claude the French Bulldog feel quite low!

So, that takes me back to the original question of what type of music French Bulldog’s like best… 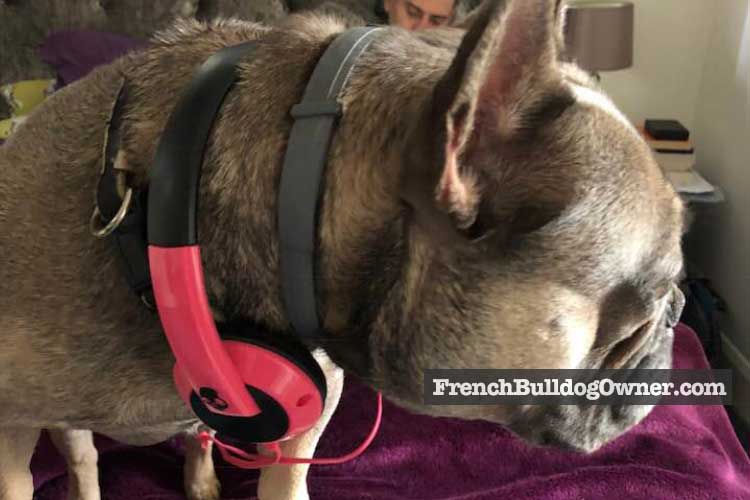 Well, all of the studies also mentioned that each dog is an individual, so the type of music your French Bulldog likes could drastically differ to reggae and classical.

Based on what we’ve learned, I decided to put together a mix tape which you can go put together yourself on Spotify or Amazon Music if you want to give your Frenchie some decent tunes this year.

In the coming months I am going to conduct an experiment with Claude the Frenchie for our French Bulldog YouTube channel. I will play certain music genres and see what reaction I get from him so I can get the definitive answer on what music Frenchies love best.

If you want to share your personal experiences sooner than that, please watch any of my videos on the channel, and tell me what music or songs your French Bulldog really likes to get into. You might even have your own music playlist for a Frenchie that you can share!